With every new Glossier launch, I’m a mix of excited and apprehensive. My faith in the company has been rewarded tenfold, but I always wonder how they seem to keep making one amazing product after another.

I love perfume. It’s always that little finishing touch that I spritz on before leaving the house. But I’ve never found my signature fragrance; there have been a lot of flings, even a few relationships, but I’ve never found ‘The One.’ I went from Burberry to Chloe to Bobbi Brown to Commodity.

With their first fragrance, Glossier seeks to make fragrance familiar, that is, take a mainstream product and make it feel personal, hence the name, ‘You.’ I liken it to the Hygge perfume; it’s cozy, embraceable, and as they say, “the first ingredient is you.” So it blends with and enhances your essence, rather than covering up who you are. 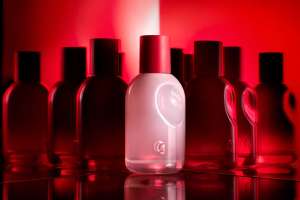 If you operate like the Marie Antoinette-era French and prefer to douse yourself in perfume rather than showering, this might not be the fragrance for you. But in the two weeks I’ve been wearing it, I can say that it makes me feel confident and more like me than any of the aforementioned perfumes, so mission accomplished. I was wearing it last Friday when I walked into yoga, and was immediately set upon by not one but three of the Y7 gals, demanding to know what smelled so good.

So is Glossier ‘You’ The One for me? Could be. We’re still getting to know each other. But unlike so many scents that settle on my skin, I already feel like ‘You’ is a part of me. It’s getting personal.